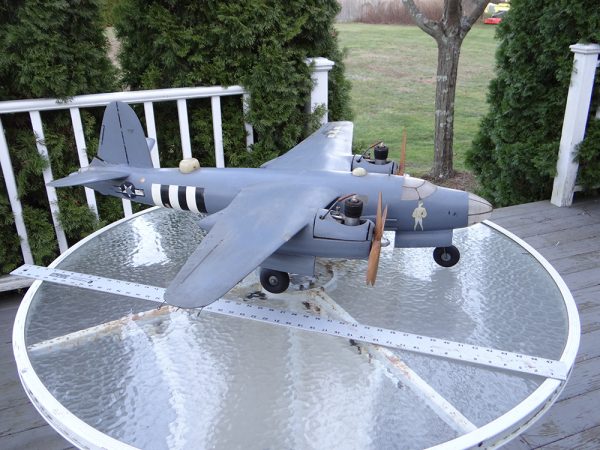 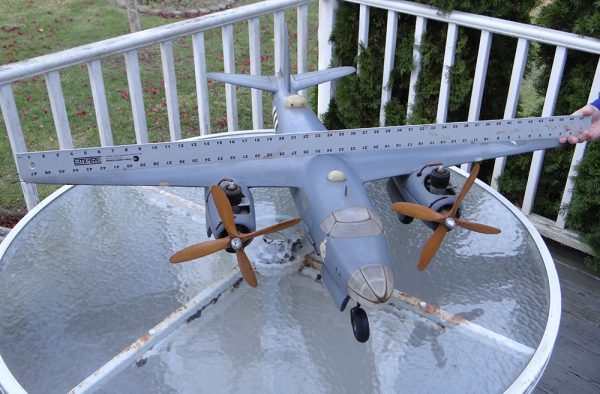 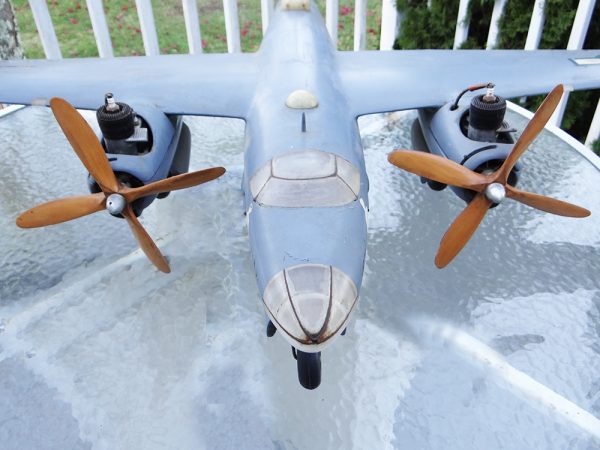 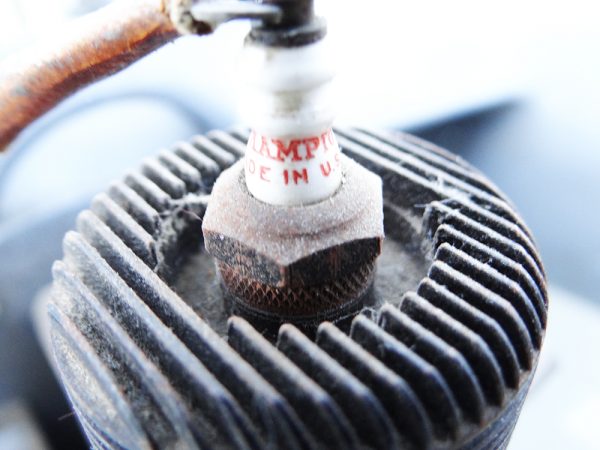 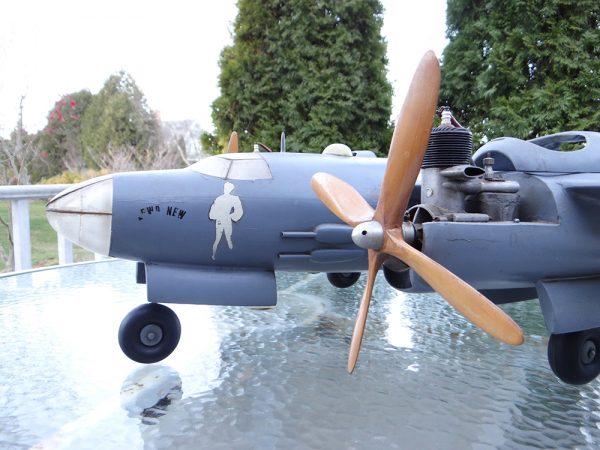 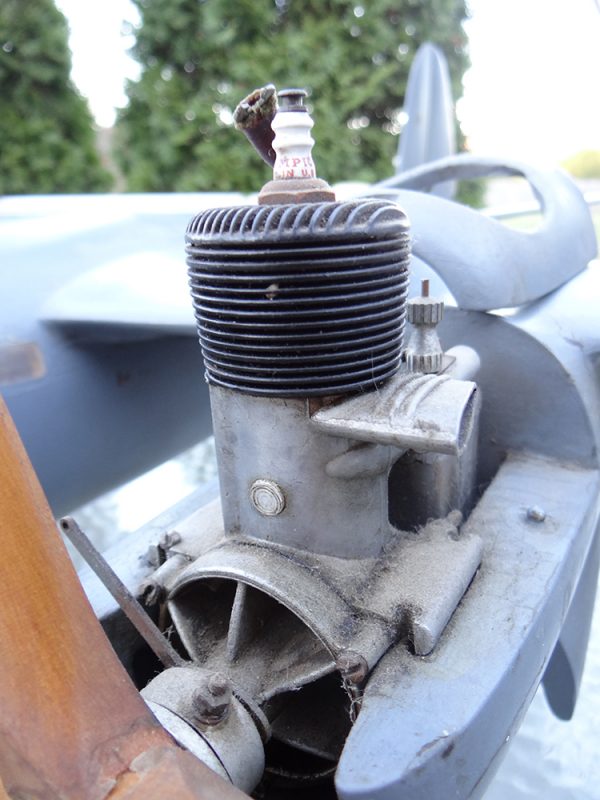 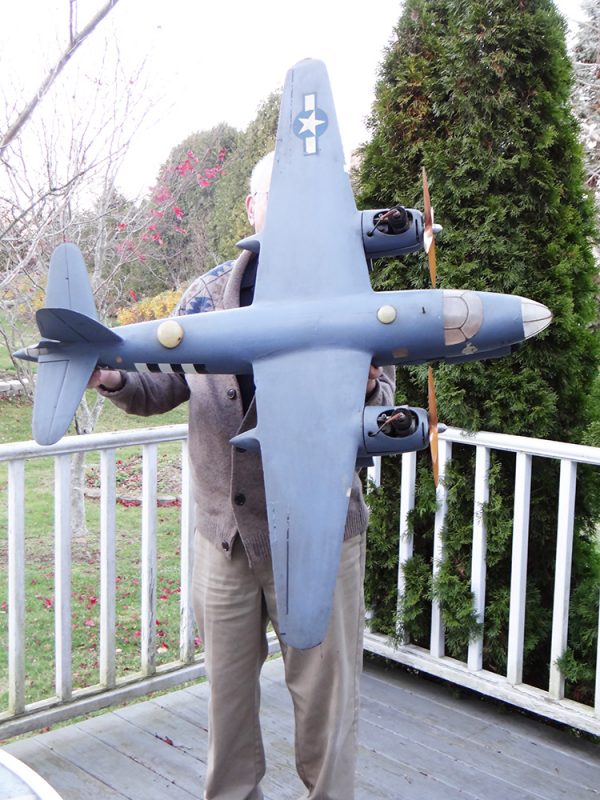 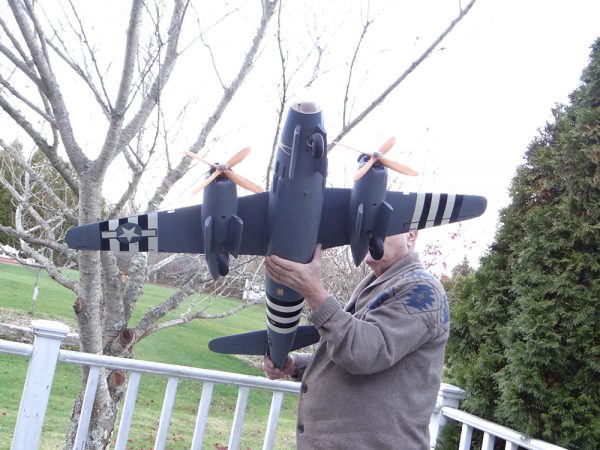 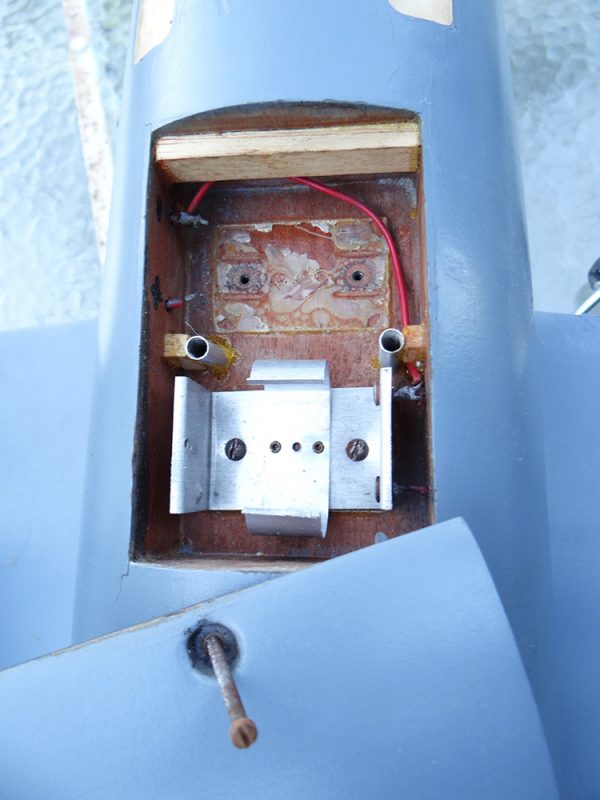 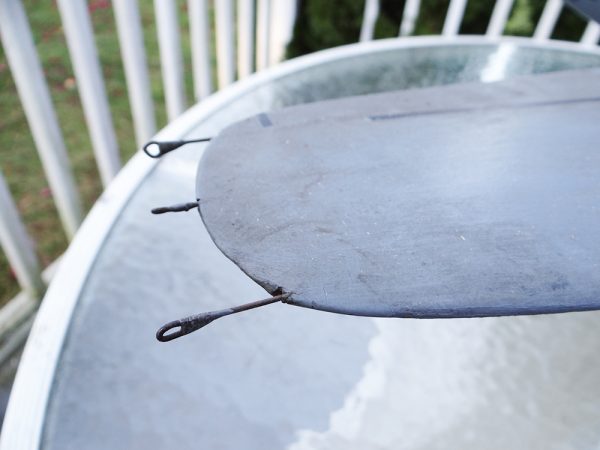 The Martin B-26 ‘Marauder’ was one of the best known twin engine US Army Air Force medium bombers of World War-II. The B-26 was, after correction of early design problems, first saw action in the Pacific during the Battle of Midway in the summer of 1942. Most B-26s operated in Europe and were very successful tactical bombers. They were the fastest bomber in the Army Air Force and had the best record of any bomber for getting their crews back to their bases.

Click here for for a history of the B-26:

This fine large flying model of the ‘Marauder’ was built in California in 1945 and is powered by two early spark ignition ‘McCoy 35’ gasoline model airplane engines using specially built four blade propellers (like the actual B-26). Model airplane engines of this early flying model period used miniature spark plugs for engine ignition and had to have battery powered condensers and coils inside the plane’s fuselage to manage proper timing & cylinder ignition. In the late 1940s the familiar and much simpler ‘glo plug’ model plane engine was developed. In the years when this model was built flying model airplanes were controlled in the air via ‘U-control’. With this control system up/down wires were attached to the model plane’s elevators on the rear of the plane’s horizontal stabilizer. These wires passed through the fuselage and wing to eyelets at the wingtip which were attached to wire cables ending in a ‘D’ shaped handle. The modeler, given he could get the engine/s started, would stand in a field with the control handle and as many yards of wire as he felt comfortable with attached to the control handle. His wrist action working the elevator wires would make the plane take off. The plane thus linked to the modler by these control wires would fly in a circle with modler pilot at the center – climb and dive through his hand control – until the ‘pilot’ decided to attempt landing or the plane ran out of gas.

This is an unusually large and powerful flying model and required a third wire attached to the wing tip and to an iron stake driven into the flying field so the plane could not get away from its pilot. Flying a ‘U-control’ model of this size and power must have been quite an experience and this model must have been a ‘real handful’ as was the full size B-26. Very few flying models of this size were built in the period of ‘U-control’.

This B-26 bears the black and white Invasion Stripes which were painted on US aircraft for the ‘D-Day’ allied invasion of Normandy, France in June of 1944. These invasion stripes were meant to help quickly identify allied aircraft during the Battle of France. This model B-26 is painted ‘Photo-Recon-Blue’ indicating the prototype of the model was a B-26 used for reconnaissance missions over the battlefield and behind enemy lines. The B-26 was a good choice for this kind of mission since it could be equipped to fly faster than most of the German fighters who would try to shoot it down.

We obtained this rare and finely built model from the son of its original builder who told us the model was built by his father in 1945. We have had it in our own collection for years. The model is in fine original condition retaining 95% original paint, original tires, engines, markings, etc. This is a rare flying model of an historic plane built in the period of its prototype’s use. 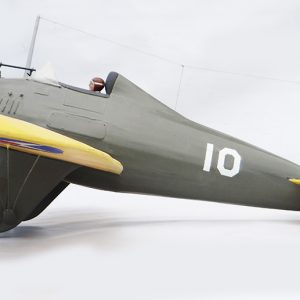 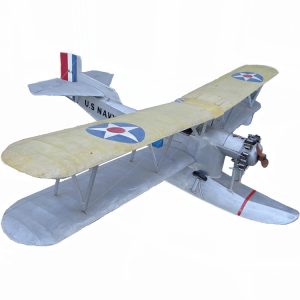 <i class="yith-wcwl-icon fa fa-heart-o"></i>Add to wishlist
Vintage Flying Model, US Navy Loening OL-8 Amphibean
Read more
Compare Quick View
X
Alan and Amy Gaines have been a continuing source of fine antiques to the collector since 1980.