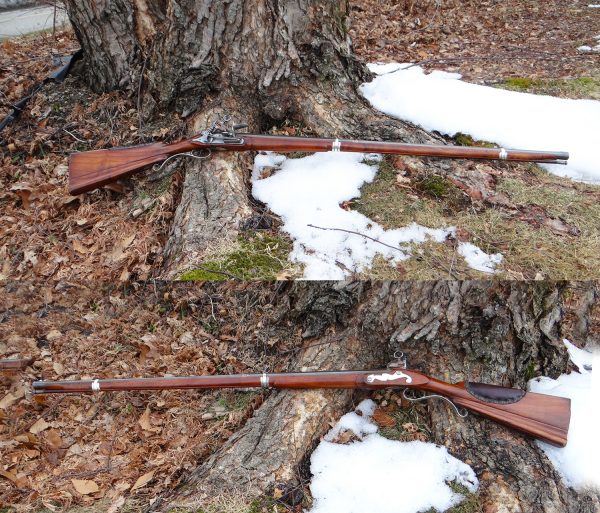 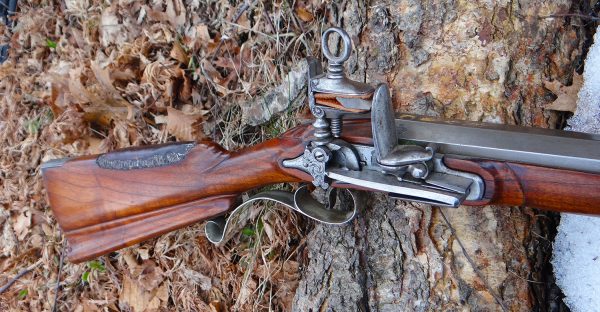 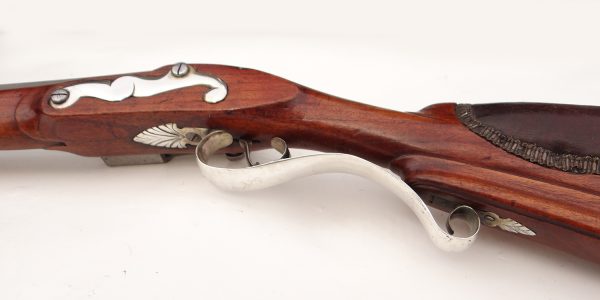 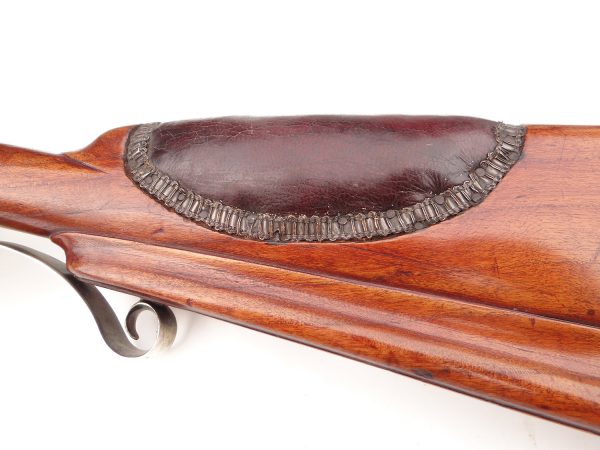 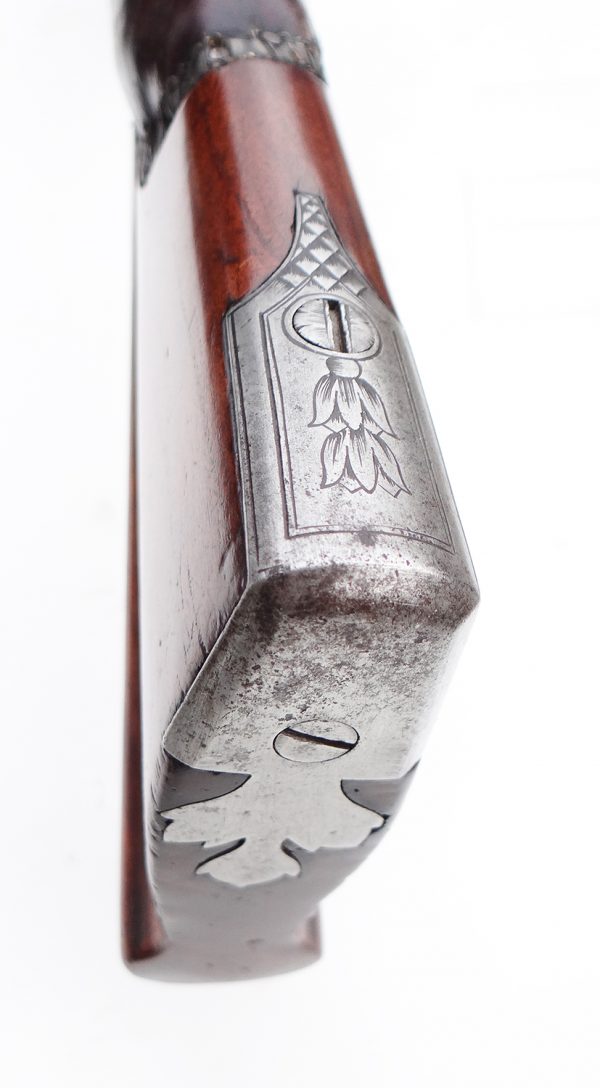 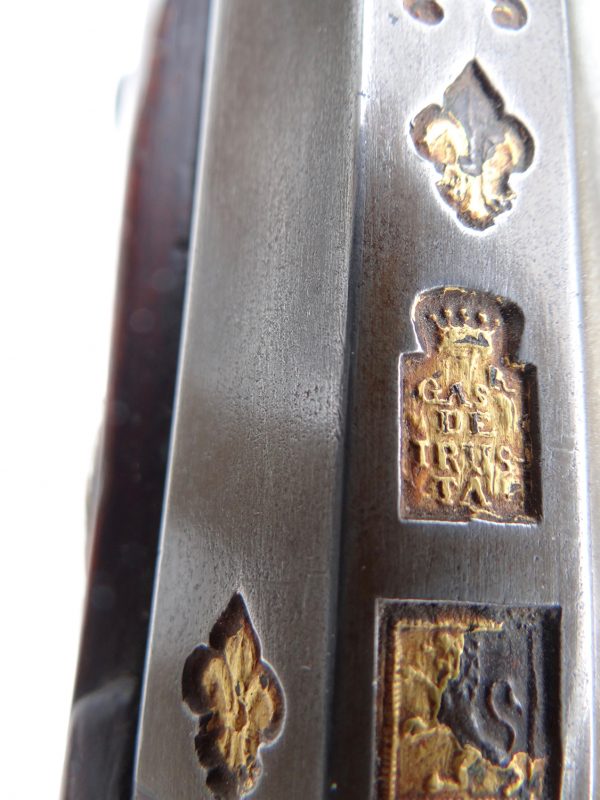 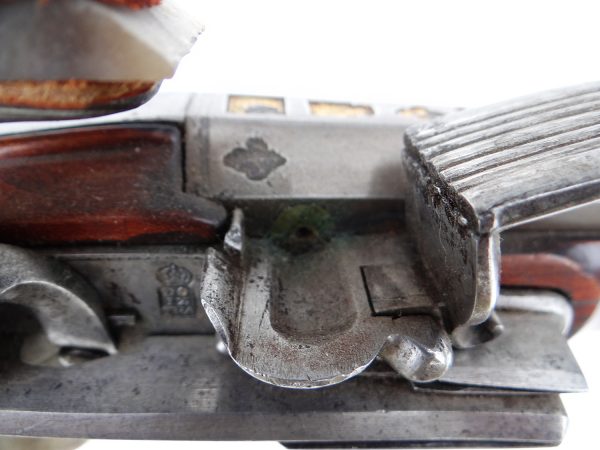 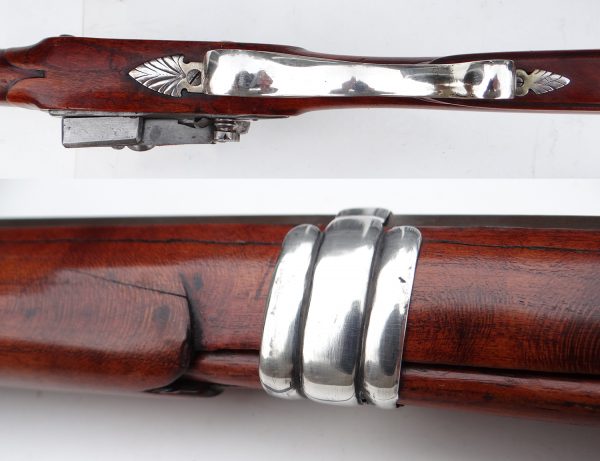 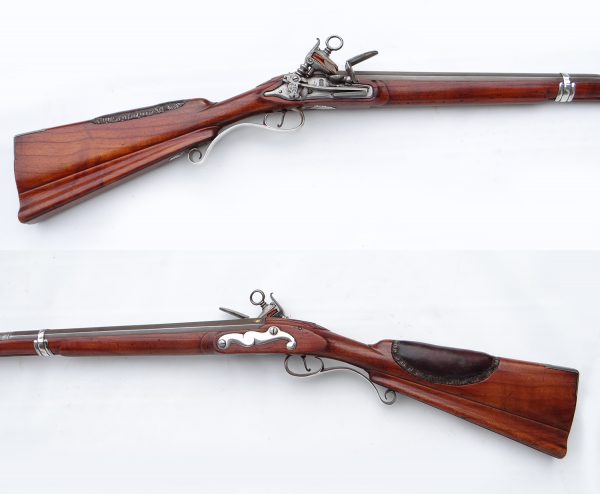 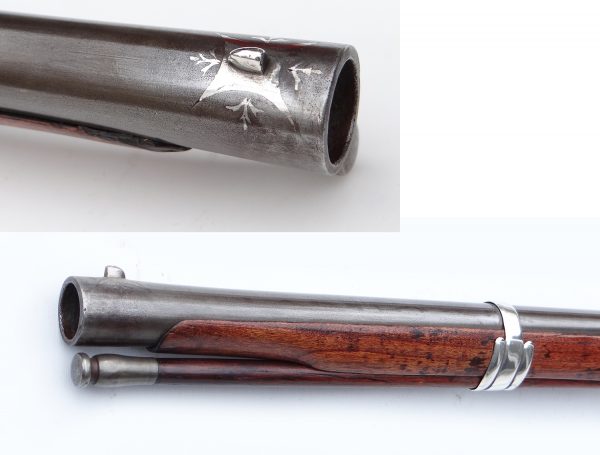 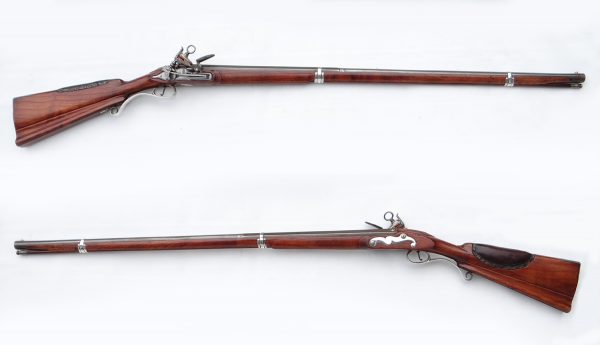 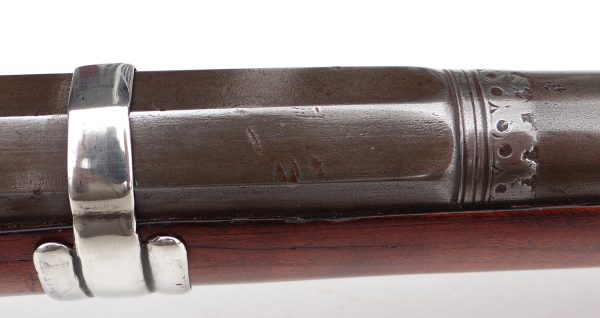 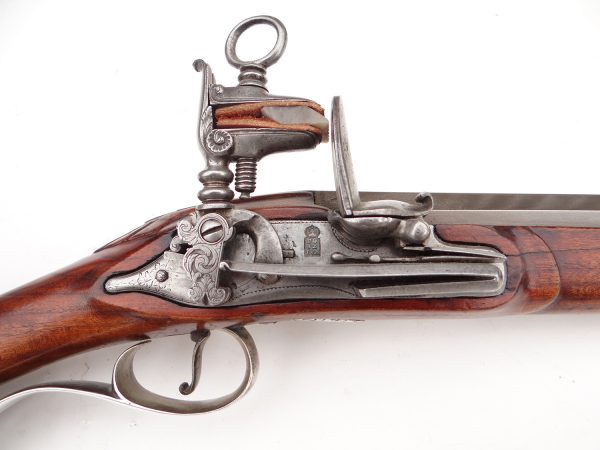 During the eighteenth century Spanish gunmakers were credited with producing the strongest and lightest gun barrels in Europe. members of the nobility, military officers, etc. from across Europe acquired Spanish gun barrels to incorporate in personal arms they ordered from their favorite local gunmakers. The ‘Fusil’ was a style of firearm developed for military officers and sportsmen during the 18th century. The usual caliber was .64 to .68 (around 16 bore) and fusils were intended to be conveniently carried by those traveling on foot or on horseback. An interesting feature of this stock is its original padded velvet cheekpad. This feature is sometimes seen on lightweight large bore shoulder arms of the period and was intended to soften the effects of recoil when firing a heavy load in a light gun such as this.

This miquelet fusil has finely executed silver mountings – the trigger guard, sideplate, and barrel bands are especially heavy solid silver sculpted in bas-relief . Use of this weight of silver leads one to believe this fusil was silver mounted and used in Mexico or what became the American Southwest where local mines provided an abundance of silver. A light and handy shoulder arm such as this would have been a prized possession of a wealthy haciendado or colonial military officer.

CONDITION: This miquelet is in excellent original condition. The barrel has excellent original surface with light gray/brown patina, the barrel edges and decoration are crisp and the maker markings and other stamps are sharp and retain at least half their original gold leaf. The touch hole retains its original gold bushing. The lock is in excellent original condition with all edges, decorations, and marks sharp and clear, its steel surface has excellent patina. The heavy silver mountings are in excellent condition with some very light handling marks. The handsomely grained walnut stock is excellent with lovely color/patina and fine old finish (there is a minor repaired crack ahead of the lockplate and behind the rear barrel band). It bears some nicely carved mouldings around the barrel tang and ahead of the lock plate, the original velvet cheek pad is in excellent condition, as is the engraved steel partial buttplate. The piece retains its original steel tipped ram rod.

An especially attractive excellent original silver mounted fusil which likely saw service in Mexico and/or the American Southwest and has been very well cared for over two hundred plus years. This piece has been in a private collection since the early 1980s. 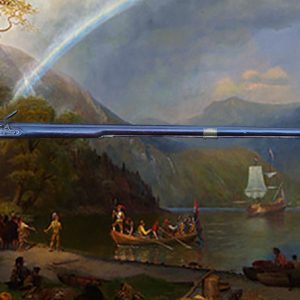